Two recent studies have generated debate within the research community. We explore those studies, as well as other recent stories about research in the popular media, in this week’s Research Ethics Roundup.

Has US Biomedical Research on Chimpanzees Come to an End?: In June, the US Fish and Wildlife Service announced its plans to classify captive chimpanzees, including those used for research purposes, as endangered animals under the Endangered Species Act. In this article for Science, David Grimm explores the effect of that decision. 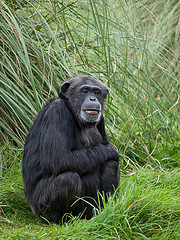 Review: ‘Informed Consent’ Tests the Ethics of Genetic Research:  “Informed Consent,” a new off-Broadway play, brings to life the story of the Havasupai, a Native American tribe who sued Arizona State University over the misuse of their blood samples for genetic research. Charles Isherwood reviews the play in this piece for The New York Times.

Many Psychology Findings Not as Strong as Claimed, Study Says: Following an evaluation of 100 psychology studies that were published in leading journals, researchers concluded that many of the original findings were not reproducible. Benedict Carey reports on the researchers’ findings in this article for The New York Times. 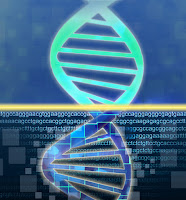 Biohackers Gear Up for Genome Editing: In this article for Nature, Heidi Ledford reports on how amateur biologists are exploring and using CRISPR, a new technology that can be used to edit DNA.

Registered Clinical Trials Make Positive Findings Vanish: A new study published in PLoS One found that reports of positive clinical trial findings declined significantly following the enactment of a law that required the registration of clinical trials in 2000. Chris Woolston explores the recent study in this article for Nature.