This piece, which originally appeared on Speaking of Research, has been reposted with permission.

[On December 11], Buzzfeed broke a story reporting on the planned phase-out of on-site housing of monkeys at one of the National Institutes of Health intramural laboratories, the National Institute of Child Health and Human Development (NICHD) Laboratory of Comparative Ethology in Poolesville, Maryland. As NICHD Director Constantine Stratakis outlined in an interview with Science News, the phase-out has been in the planning stages for some time and reflects a combination of economic considerations, the age of the facility, and the eventual retirement of the lab’s 69-year old head, a scientist whose 30+ year career has– and continues– to produce a great many important discoveries. Unfortunately, as we’ve seen with other recent announcements about primate research, the news left many with questions and impressions about broader impacts. 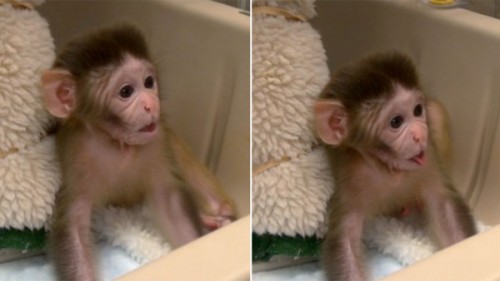 What is clear is that the science is valuable and that the work is conducted with care for the animals (see previous NIH reports, here). Science is the essential foundation of medical progress and discovery that benefits society, humans, animals, and the environment. Dr. Stephen Suomi and his scientific collaborators – leading scientists around the world — have together made scientific discoveries that are reflected in over 500 published papers. (see list here).

The significance of those findings is reflected in the over 10,000 times Suomi’s papers have been cited in peer-reviewed publications. The citations are by a broad range of clinicians and by scientists studying humans and other animals in order to better understand genetics, immunology, neurobiology, pharmacology, behavior and other aspects of health. The esteem in which this work is held was clear in statements of support issued by both the American Psychological Association and American Society of Primalogists (ASP) earlier this year, as well as the NIH’s own response to PETA’s allegations last January.

Dr. Suomi’s collaborators include over 60 scientists – with PhDs and MDs – from five different institutes at NIH and 40 different institutions, universities and research centers, including those from 7 different countries outside of the US.

The US is a leader in funding medical and scientific research that benefits people around the globe. NIH’s own research centers – the intramural program – provides scientists and students from all over the world the opportunity to conduct research, make discoveries, and train the next generation of basic and clinical researchers.

The NIH has not ended primate research within the intramural program. There are many scientists and laboratories whose work depends on humane, ethical studies of monkeys. Those studies continue.

It is work that has contributed to new understanding of a broad range of threats to human health and well-being —stroke, Parkinson’s disease, autism, depression, cancer, diabetes, addiction, and more. The list is long and includes diseases that touch nearly everyone, resulting in suffering and harm that scientists are obliged to address with expert knowledge and training, using the best approaches to discovery that they have available now.

The science is led by experts working for the public to make the world better for the public. The US has a strong system for direction, review, and oversight of animal research. The public contributes to that via its elected representatives. Political campaigns by groups fundamentally opposed to all use of animals in research threaten the very fabric of science on which medical progress depends. The public should be concerned about efforts to undermine science and medicine. The future depends on serious, fact-informed, and thoughtful dialogue. Anything less is a serious harm to public interests in science and to future generations.