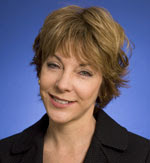 Anyone happen to catch Sally Satel’s Op-Ed in the New York Times about two weeks ago?In case you didn't, you might want to know that the piece, by Dr. Satel of the American Enterprise Institute, repeats some oft-heard allegations about IRBs, including that the "current regulations have become so stringent and unwieldy that the ethics oversight system often impedes the kind of careful research we should be promoting."Quoting Robert Levine and Norman Fost's assertion that "the system regulating the use of human subjects is increasingly dysfunctional,” Dr. Satel concludes that "the lengthy approval process cuts into scientific productivity." She then cites the Johns Hopkins/University of Michigan "checklist" case as due proof that "although some boards are flexible, many are too risk-averse, narrowly interpreting each word in research protocols lest they be second-guessed by Washington regulators." Noting that "Stanford University researchers estimated that it cost them about $56,000 in administrative wages, 18 months of delay, and 10,000 pages of paper to make a small change to an already approved research program that simply compared the progress made by patients attending different types of addiction-treatment programs," Dr. Satel goes on to describe how these types of experiences are causing many researchers to turn to commercial IRBs for faster and cheaper reviews, although she does mention that some commercial IRBs have “dangerously lax” standards. So who is Sally Satel? I heard her speak at the American Society of Bioethics and Humanities meeting two years ago, and, while I vehemently disagreed with most of her positions, I found her to be thoughtful, articulate, and certainly provocative. She is someone who my typical knee-jerk reactions would, in the past, oblige me to dismiss with a wave of the hand.Dr. Satel, for example, opposes the need for medical ethicists, is a proponent of the legalized sale of donated organs, and is one whose views about medicine, research, and public health have earned her the sobriquet of "right wing pundit." For example, she has long maintained that "incorporating social justice into the mission of medicine diverts attention and resources from the effort to prevent and combat disease for everyone."But I have previously written in this space about the importance of "respectful listening" and of not harshly judging the opinions of others, two qualities I tend to preach more than practice. I'm trying harder these days to aim for balance and fairness, and, in that spirit, decided to try to find out more about Dr. Satel. I turned to trusty ol’ Google and learned that she suffered from chronic renal failure and underwent a kidney transplant, that she works part-time at a drug treatment clinic and is admired and appreciated by her patients, and that she holds some views I find temperate, even persuasive (maybe I'll blog another day about which those might be, but, until then, my lips are sealed ☺).So although I take issue with many of her broad-brush allegations in the NYT Op-Ed piece, and although I generally resent and resist any efforts to treat, no less slam, the HRPP/IRB world as a monolithic one, I'm trying harder these days to respectfully listen to—and understand—the opinions of those with whom I would normally disagree. In fact, much of what Dr. Satel is saying is little more than a summary of the opinions that have been making their way around the media for quite some time now. IRBs are getting a bad rap in a lot of places these days, and I'm hoping that our community will gather at the PRIM&R conference in November and work together to figure out what's working, what's not, and how to ethically, effectively, and efficiently meet our obligations to research subjects.Until then, though, I'd like to hear from those of you who have opinions about Dr. Satel's opinions. I suspect that there would be a wide spectrum of responses, and I sure would like to hear at least some of them. Thanks for reading Ampersand, and happy homestretch of August!

2 thoughts on “Who is Sally Satel and why is she saying those things about IRBs?”