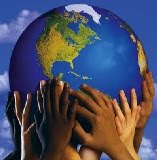 This is not, sadly, a blog about our many terrific members. Nor is it a blog about the many complicated issues that cross our desks daily. Instead, I'm writing today to respond to the legitimate concerns that have been raised about PRIM&R’s upcoming quality assurance/quality improvement (QA/QI) course in Tucson, AZ.
When Arizona’s new immigration law was first passed some three weeks ago, I spoke with colleagues about whether to go forward with our meeting plans. Foremost among the reasons that we ultimately decided not to cancel was the fact that those who had already signed up for the course would suffer financial losses (airline tickets had already been purchased, etc.) if we did not go forward. In addition, the QA/QI course is being offered in conjunction with the Society of Research Administrators International’s (SRA’s) 2010 Western/Southern Section Meeting and it is, in fact, our first collaboration with that organization. We are therefore bound to honor that commitment.
In addition, although PRIM&R prides itself on being proactive, it is clear that reasonable people are differing on the advisability and impact of a boycott. In fact, I’ve been doing a lot of reading on the topic and have noticed that some Latinos, Native Americans, and other opponents of the bill explicitly oppose a boycott, owing to the overly broad economic suffering it would impose upon those who can least afford it.
Needless to say, PRIM&R will not be pursuing any new contracts with hotels in Arizona. In addition, I plan to write to several key legislators in Arizona to express my anger and disappointment at the passage of such an explicitly racist measure, and I am urging others with whom I speak about this matter to do the same. I will indicate in my letters that PRIM&R will not bring any new business to Arizona until and unless the law is overturned.
I'd like to say a word to those of you might be on the fence regarding attending the course: Instead of boycotting our meeting, please instead consider similarly writing to key legislators indicating that you will travel to Tucson in June, but that this will be the last time you will set foot in Arizona unless and until the law is overturned.
In a more just world, racism, classism, and all of the other “ism’s” would disappear. In such a world, racial profiling, draconian law enforcement techniques, and all forms of harassment would be abolished. Sadly, no such world yet exists, and so we will instead continue to work toward the healing of this one. You have my assurance that PRIM&R will continue to do whatever it reasonably can to be part of that repair.

One thought on “Urging proactive, not reactive, response to AZ law”