With the Government Accountability Office’s recent sting operation on an independent IRB, today’s headlines suggest that the system for protecting humans who volunteer in research studies is unsound. As the research world witnessed the revelation that an independent IRB approved a fictitious and risky medical device, human subjects and their advocates glimpsed some of the serious shortcomings in regulations governing human research. (Read The Government Accountability Office’s response to the IRB sting and subsequent hearing.(PDF)) 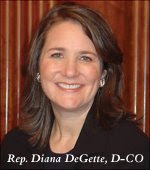 It’s no wonder Rep. Diana DeGette, D-CO, is trying, for a sixth time, to reintroduce legislation that would protect human subjects in research by broadening the scope of federal regulations. (Read a press release from Diana DeGette’s office.)

The proposed bill, Protection for Participants in Research Act (H.R. 1715), would amend the Public Health Service Act in several ways. According to DeGette, the bill would reform IRB oversight by:

The bill broadens the applicability of the Common Rule to all human subjects research regardless of funding source. Currently, the Common Rule is applicable only to research that receives federal funding. Additional highlights of the bill include guidelines that would improve accountability for IRB oversight of multi-center trials, provisions to guide the development of effective data safety and monitoring plans, and requirements to offer IRB member orientation and ongoing education to ensure competence in overseeing research.

H.R. 1715 seeks to modernize the Public Health Service Act’s ability to protect human subjects in the current practice of human subjects research. We invite you to share your opinions on this proposed legislation by writing a comment below.