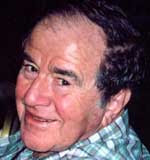 Posted by Joan Rachlin, executive director
It’s always a glorious occasion when we celebrate someone who has played a significant role in PRIM&R’s history. One such individual is Robert Levine, who has been a staple on our Board of Directors, in our program planning process, and at our podium for more than 30 years.Bob is one of the most recognized and respected teachers, writers, and thinkers in the research ethics field, and it was thus fitting that he should be honored by Yale University, his academic home for over 40 years. The Center for Bioethics at Yale organized a lecture, dinner, and seminar in Bob’s honor June 8-9, and I was fortunate to be among those “feting” him. 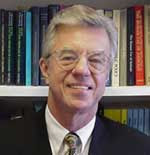 The lecture was given by Tom Beauchamp of Georgetown University, another giant in bioethics, and focused on the Belmont Report, of which Tom was one of the drafters. His talk was a thoughtful, candid, and elegant recounting of the philosophical and ethical underpinnings of Belmont.
Tom posed the broader question as to whether there should be a “Belmont II,” and, if so, what it would look like. For example, some have cited “Belmont I” as being too protectionist and not representative enough. (Among other things, there is no explicit role for research subjects.) Tom indicated that he did not favor a “Belmont II,” although he did note that there was likely to be another national bioethics commission, and that it might take up some of the same issues the Belmont drafters raised. He felt, though, that any such commission’s first task was likely to be stem cells.
Another area at which a future bioethics body might look is the advisability of giving a more formal role to the community, but Tom stated that he did not favor such a process; his opposition originates from his concern that community consultation would dilute, or otherwise compromise, the primacy of an individual subject’s right to consent to participation in research.Many of Tom’s comments loudly and strongly resonated given the fact that we are putting the finishing touches on PRIM&R’s 2009 Advancing Ethical Research Conference, November 14-16, 2009 (pre-conference programs will be held on November 13), coincidentally titled “Navigating the Future Using the Belmont Compass.” Tom’s powerful talk acknowledged that many cite Belmont as being too abstract to provide a sufficiently practical guiding force for those working in today’s highly complex research environment. He opined that Belmont has been “more revered than understood, studied, or practiced,” and noted that Belmont needs constant tending to and updating, as it is a evolving document and a “work in progress.”What could be a better segue into my thanking our November conference planning committees for their vision and leadership in creating a program that will give all of us a chance to provide Belmont with the collective “tending to and updating” it deserves?Bob sits on one of the planning committees and is one of the visionaries, and this posting ends as it begins, with warm felicitations to him for a brilliant and purpose-filled career-to-date.