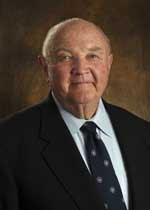 Dr. Albert R. Jonsen was a member of the National Commission for the Protection of Human Subjects of Biomedical and Behavioral Research and the President's Commission for the Study of Ethical Problems in Medicine. He is presently Senior Ethics Scholar in Residence, California Pacific Medical Center, San Francisco. He recently wrote a tribute to Senator Edward Kennedy, and we wanted to share his thoughts with our readers.

Senator Ted Kennedy was one of the founding figures of bioethics. Those of us who call ourselves bioethicists, or those who work in this field, should be aware of his contributions to its origins. In February and March, 1973, he presided over hearings of the Senate Labor and Public Welfare Committee that examined a range of problems that today constitute the agenda of bioethics. Senator Kennedy opened those hearings with the words, "Scientists may stand on the threshold of being able to recreate man…Under what conditions should genetic manipulations of our population be allowed or neurological and pharmacological modification of behavior permitted? What constitutes death? Who should have access to life-saving equipment in short supply? Should society expose some to harm for the benefit of others?" Many leading scientists were summoned to those hearings, and the pioneers of bioethics, Dan Callahan, Will Gaylin and Bob Veatch testified.In the April sessions of the hearings, human experimentation became the focus of attention and of legislation. The Tuskegee Syphilis studies had become public three years before. An investigative committee had recommended federal regulations to protect the rights and welfare of human subjects of research. A fresh expose of research with human fetuses was in the news. Several legislators, including Senator James Buckley of New York had proposed legislation forbidding research on any fetus with a beating heart. As a compromise, Senator Kennedy suggested that a Commission to study the entire range of problems raised by use of human subjects should be established. A bill written by Senator Kennedy, with the collaboration of Senator Javits, described the National Commission for the Protection of Human Subjects of Biomedical and Behavioral Research... President Nixon signed the bill as Public Law 93-348 on July 12, 1974.The Commission became an engine that drove bioethics research and debate. Though devoted to research with human subjects, it explored more widely, into topics such as informed consent and coercion. The Commission’s funding of those studies stimulated many scholars, who had previously thought not at all about these subjects, to reflect and contribute. The major document of the Commission, the Belmont Report, had a significant impact on bioethics’ intellectual shape.Senator Kennedy remained deeply interested in these topics and supported the extension of the National Commission as the President’s Commission for the Study of Ethical Problems in Medicine. He invited the Commissioners to his home on several occasions, and summoned several of them to discussions in his Senate office. He regularly sought the advice of Georgetown University Professor of Obstetrics, Andre Hellegers, who had, with the support of the Joseph and Rose Kennedy Foundation, established the Kennedy Institute of Bioethics. Among the many contributions that have been noted during the days after his death, the origins and growth of bioethics deserves mention.

One thought on “Remembering Ted Kennedy – a post from Dr. Albert Jonsen”