Where do conference planners go for fun? Well, at least this one goes to other conferences! Some might call it a “buswoman’s” holiday , but I call it a chance to sit, listen, and learn—something I cannot easily do at PRIM&R meetings given the fact that there’s always a task that needs tending. 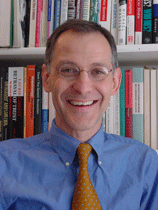 So here I am at the American Society of Bioethics and Humanities meeting in Washington, D.C., and there I was in the second row center yesterday during the opening session. Ezekiel Emanuel was the initial speaker, and his speech was titled "The Future of Bioethics: Policy, Politics, or Mush."

In his inimitable way, Zeke asked those in the audience to assess and reassess our professional principles, purposes, and practices.

Zeke mused about the early days of his work in the bioethics field when giants like Erich Heller taught and wrote about a range of probative issues: "Reality was being eviscerated of deeper meaning in the course of being 'explained' by modern science." Heller also noted that scientific explanations deprive things of their "individual being as entities and reduce them to the position of mere links in a much more broadly conceived chain."

In other words, much of what bioethicists observe is neither neutral nor benign, and their pronouncements are instead often perceived as a call to action. He therefore urges bioethicists to judiciously wield their power to “sink ships.” One way to do so would be to clarify the difference between statements of general condemnation versus those with a more “I am uncomfortable with this” tone.

One example he gives of this “loose lips” concern is that many bioethicists cannot precisely define injustice, exploitation, coercion, involuntariness, manipulation, etc., and yet there is a tone of certainty that pervades their work on these topics.

Zeke referred to the Willowbrook coercion case, which has stood for 40 years as an example of unethical research, until Walter Robinson’s recent work questioned whether there was an ethical violation. Zeke’s point is that bioethicists must be more precise about distinguishing these things, versus using loaded ethical terms.

"Data" is not the plural of anecdote.

But, according to Zeke, some bioethicists have nonetheless drawn conclusions despite the lack of data. Empirical data is sorely needed on bioethical and IRB-related questions, and yet it rarely exists. “We can’t say anything about risks and benefits or about the quality of informed consent with an anecdote,” he said. “A story is a story, but the hard questions require data,” he said, citing both the TeGenero experience in the United Kingdom, and ACTG O76 mother-to-child transmission studies, to illustrate this point.

Where’s the beef in bioethics?

He lamented that many of the fundamental ethical issues discussed today have been around for ages and ages, and we still have not solved them as there is no empirical knowledge. Among the examples are the lack of data on informed consent, surrogate decision-making at the end of life, and the ethics of using financial incentives to encourage healthy decision-making.

In closing, Zeke restated his desire to increase the intellectual rigor of the discipline so that the work of bioethicists will be important for the biomedical research field at large.