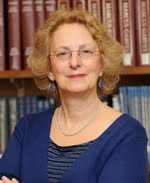 Susan Reverby generously agreed to let us reprint the below Op Ed piece, which was originally published on Race-Talk on December 3, 2009.
"Don’t take the swine flu vaccine. Remember the Tuskegee Experiment Syphilis Vaccine," a recent post on Twitter warns. The message is simple: "Tuskegee," America’s notorious medical research study, is still considered as our own equivalent to Nazi experimentation that links state power to scientific fervor. Nearly forty years after the study ended, the name “Tuskegee” evokes fears of the dangers of government involvement in medical care. But as Congress debates how to provide health coverage for everyone and fear of the swine flu vaccine runs rampant, there is a different critical lesson to take from the infamous medical research project which targeted poor rural African American men and ran unabated for decades.The accompanying photograph (taken in 1953) shows PHS physicians drawing blood from, not infecting, the Study's unwitting participants.From 1932 to 1972, the U.S. Public Health Service (PHS) conducted a study on "untreated syphilis in the male Negro" in Macon County, Alabama in and around the city of Tuskegee. 439 African American men with late stage syphilis were selected as research subjects, and 185 without the disease became the study’s control group. A mostly sexually transmitted disease, syphilis left untreated can cause fatal heart and neurological problems. The men thought of themselves as patients obtaining needed medical care for what was known as “bad blood” from the government’s doctors. The PHS physicians never told these men they were actually research subjects being followed in a "no treatment" study.Instead, the researchers explained that the aspirins, tonics, and diagnostic spinal taps given were "free treatment." In a county with only 16 doctors whose prices the men could rarely afford, a government program of free care enticed them. The study’s nurse kept visiting the men’s homes and helping them to get medical care for other ills. The study’s subjects and controls were also promised money for decent burials in exchange for the use of their bodies for autopsy after their deaths.The study was not kept secret. Medical articles charting its progress appeared over the decades, while several health professionals questioned the study’s ethics. In 1972 the research experiment came to an end in a storm of media coverage that brought in federal investigators, a Senate hearing, and a subsequent lawsuit against the PHS, the state of Alabama, and many of the doctors involved.In "Tuskegee’s" wake, major changes in federal rules governing medical research were established, including written informed consent and the creation of institutional review boards to oversee human subject research. The study also created another legacy—it became the metaphor for the distrust of scientific research, the risks of government provision of medical care, and the exploitation of poor patients.Rumors and myths about what happened continue to circulate in whispers, blogs and media coverage. Most egregious in the face of the need for H1N1 vaccine is the erroneous claim that the government’s doctors intentionally infected the men with syphilis. But no “Tuskegee experiment syphilis vaccine” was ever created; no shots of the bacteria that cause syphilis were put into the men’s veins.As the Obama administration takes on the huge task of reforming how we organize and pay for health care for all Americans and we line up for our shots, "Tuskegee" can offer another perhaps less obvious, if ironic, lesson. These men living in rural Alabama came forward for treatment not because they were uneducated and easily duped by their government, but because they needed health care for themselves and their families. They, as with increasing numbers of Americans, had no real access to the medical care they required, could not pay for what was available, and had to find it where possible.Perhaps as the debate over health care reform winds its way through the Congress, a new post on Twitter should read: "Don’t forget the 'Tuskegee' syphilis study. Everyone deserves the right to affordable health care and this is what our government should and must provide."Susan M. Reverby is the Marion Butler McLean Professor in the History of Ideas and Professor of Women's and Gender Studies at Wellesley College and an historian of American women, medicine and nursing. She became interested in researching the Tuskegee Syphilis Study after seeing a performance of “Miss Evers’ Boys,” the play by David Feldshuh that tells the story of the study from the perspective of its nurse. In 2000, Dr. Reverby edited Tuskegee Truths: Rethinking the Tuskegee Syphilis Study, a book of articles and primary documents on the study. Her new book, Examining Tuskegee: The Infamous Syphilis Study and its Legacy is now available. Please see the following website for more information. http://www.examiningtuskegee.com.