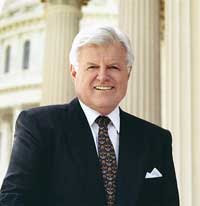 It’s a sad day in Massachusetts, the Senate, the country, and around much of the world. One of my greatest heroes is gone, and I am feeling the loss as I remember one who improved the lives of so many millions.

I’m in the process of writing a blog about Ted Kennedy, but it won’t be posted until tomorrow. Until then, I wanted to share one written by Judy Norsigian, executive director of Our Bodies, Ourselves, and a PRIM&R Board member. Judy posted this blog on her organization’s website and I wanted to share it with you. Onward in hope…

(Originally posted by Judy Norsigian, executive director of Our Bodies, Ourselves and PRIM&R Board Member, on Our Bodies, Our Blog)
Remembering Senator Kennedy’s Work on Behalf of All

It is with heavy heart that so many of us receive the news of Sen. Ted Kennedy’s death. Although I have been anticipating this moment for weeks now, the reality is still such a shock.

I know that for so many women’s health activists, Kennedy’s passing will only strengthen our resolve to continue his valiant fight for meaningful health care reform. I have started writing letters to several more liberal Republicans, beseeching them to honor his memory by breaking ranks with the Republican Party and its current efforts to eliminate the public health insurance option from any bill coming out of Congress.

As a tribute to this tireless advocate for the millions who had no political power, each of us can think of one gesture we can carry out in the coming weeks.

In 2002, I testified before the Senate HELP Committee on the topic of somatic cell nuclear transfer (which involves creating cloned human embryos to serve as a source of embryonic stem cells for scientific research; it poses health risks for women who provide eggs for such research). Kennedy, who was co-chairing that particular HELP Committee hearing, was ever so gracious, even though I knew he did not agree with the position of Our Bodies Ourselves at that time.

And when my late husband, Irving Kenneth Zola, died in 1994, shortly after he was appointed to the National Council on Disability, Kennedy’s remarks at a special memorial service for Irv in Washington, D.C., brought tears to everyone’s eyes. His compassion, tenacity and commitment to the needs of all remain an inspiration to me both personally and professionally.

We will miss you terribly, Ted, and we will all fight even harder for the causes you championed for more decades than some of us have even been alive.