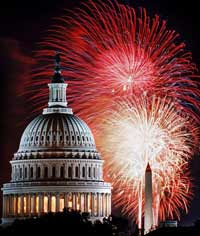 Although most Americans know that the Fourth of July commemorates the signing of the Declaration of Independence in 1776, and while many of us still remember at least some of those first few lines, how many of us have actually read it lately? I certainly had not, and so as our nation prepares to celebrate its 233rd Independence Day, I Googled this extraordinary document and, after reading it, was filled with renewed awe, inspiration, and gratitude.

Beyond the barbeques, parades, and fireworks, though, I began to wonder what this holiday—and freedom in general—has come to mean to us 21st century Americans. What, for example, does "freedom" mean to you? I was brought up on Franklin D. Roosevelt's "Four Freedoms" speech, and have read over the years about the distinction between freedom to do something and freedom from doing something. FDR's four freedoms were freedom of speech, freedom to worship as one chooses, freedom from want, and freedom from fear.

British political philosopher Isaiah Berlin called “freedom from…” a negative liberty and “freedom to…” a positive liberty. He explained the distinction as follows:

Some theorists have noted that "freedom from" something reflects the concept of "non-coercion." As such, the roots of research ethics go back to at least 1941 and FDR's famous speech. But there's also the freedom "to," for example, the freedom to participate in research. Your job is to ensure minimal conflict between those two freedoms through upholding ethical principles and the vigilance that you and your colleagues provide daily. Thank you for preserving and balancing those freedoms! 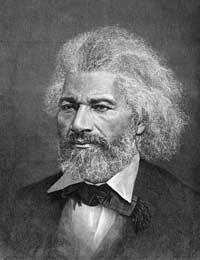 I also began to wonder whether there was anything particularly notable about our country's celebration of July 4th, 1974, the year of PRIM&R's incorporation. It turns out that there was a famous re-enactment of the Frederick Douglass speech, "What to the Slave is the Fourth of July?" at the Kennedy Center in Washington, DC, that day. Douglass spoke painful, but necessary, truths to his white Buffalo audience, and his candor and eloquence was rewarded with a sustained standing ovation.Douglass was certainly an "upstander," not only on July 4, 1852, but throughout his life. Upstanders remind us that it only takes one person, or a small group of people, to bring significant change, just as Douglass did. Those interested in learning about modern-day upstanders can look here...Enough of the serious stuff, as it's almost time to fire up the grill and head out for the fireworks! Whatever your plans include, here's to a healthy, safe, pleasant, and restful July 4, circa 2009 for all of you.