The comments and opinions in this post reflect the opinion of Dr. Moreno, Professor of Biomedical Ethics at the University of Pennsylvania, and do not necessarily represent the opinion of PRIM&R or its Board of Directors. 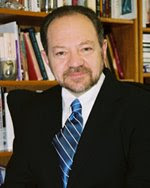 The Washington Post report of March 30, 2009 that nothing of value was learned from one of the several detainees who was water boarded at the Guantanamo prison facility could fuel the efforts of Senator Patrick Leahy to undertake a systematic investigation of detention and interrogation practices. In an interesting historic irony, if Senator Leahy's judiciary committee does move this initiative forward its final report is likely to appear in 2010, exactly 25 years after Senator Frank Church's committee report was issued, which disclosed intelligence community abuses starting in the 1950s and extending through the Watergate scandal. Among the operations discussed were experiments with hallucinogens like LSD as they might be used in interrogations of, say, a kidnapped American nuclear scientist by an enemy and how to defend against such practices.

It is clear that innocent people, both in the U.S. and abroad, were caught in these un-consented and often clumsy experiments, and that there were deaths in at least two cases. Yet a number of respected historians and journalists argue that the subsequent reforms within the American intelligence community led to a catastrophic over-reaction that gravely impaired the ability of the CIA and other agencies to conduct clandestine operations. Some, like former Vice President Cheney, believe that the 9/11 attacks were partly the upshot of a hamstrung covert system. Journalists like Thomas Ricks and Jane Mayer have brilliantly documented the complexities of this experience.
I have theorized that innovative interrogation practices were applied in Guantanamo that were not limited to harsh tactics that have historically been considered forms of torture. Certainly the use of humiliation and sleep deprivation as techniques to elicit information are not new in the history of prisoner interrogation. The provocative question is whether other systematic programs were covertly initiated in the past few years by, for example, federally employed psychologists that could be considered research to create generalizable knowledge. Both the American Psychiatric Association, after much consternation and debate, and the American Psychological Association have created strictly limited parameters for psychiatrists' and psychologists' role in interrogation. But experimental activities by federal agencies could be brought within the ambit of the Common Rule, introducing an intriguing new dimension to the story of Guantanamo and the war on terrorism.If Senator Leahy's inquiry does go forward, it will be interesting to observe whether psychological experiments are addressed (some perhaps involving drugs or artificially induced neural hormones like oxytocin), and how the ultimate reaction in the intelligence community resembles that of 25 years ago.