“I am coping through action. It is the only thing I know.” Amy Farber

Hello and happy autumn, everyone. This is a season of transition for most of us as we migrate from the calmer days of summer, where we were lucky enough to have a break from the workaday world, to fresh stores of new projects to tackle and new problems to solve. 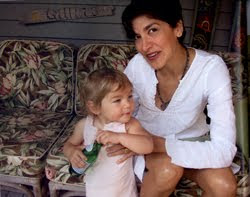 Problem-solving is something all of us face, but how would you react if the problem you wanted to solve was how to save your own life? My dear friend and shero, Amy Farber, is doing just that.

Amy has a Ph.D. in medical anthropology from Harvard and was pursuing a law degree when she was diagnosed with Lymphangioleiomyomatosis (LAM), a rare, fatal, multi-system disease affecting women in their childbearing years. LAM causes destruction throughout the body, often in the lungs, kidneys, and lymph nodes. This destruction is attributed to cellular abnormalities, and eventually leads to respiratory failure as cysts and nodules take over normal lung tissue. LAM affects 30,000-50,000 women worldwide, and there is no known cure or treatment.

In fact, before Amy came along, the mechanisms of destruction of lung and other tissues in LAM were poorly understood. When Amy realized that there was not only no cure, but no treatment, either, she decided to try to change all that by taking Ralph Waldo Emerson’s advice to heart. Emerson said, “Do not go where the path leads; rather, go where there is no path and leave a trail." And so, Amy has begun blazing a trail that will hopefully produce effective therapies for LAM.

Before explaining how she has done that, I want to disclose some facts: I sit on the Board of Directors of the LAM Treatment Alliance (LTA), the organization Amy founded and now runs. I met her about two years before she was diagnosed with LAM and was immediately struck by her brilliance, fearlessness, principled thinking, commitment to being a true citizen of the world, and outsized spirit. All of those qualities have served her well as she races against the clock to unlock the mysteries of LAM so that she and her sister sufferers can have long and healthy lives.

So what exactly has she done? Amy’s accomplishments compose a long and impressive list, a summary of which can be found on the LTA website, but there is so much more.
Most recently, for example, Amy forged a collaboration called LAMsight between LTA and the MIT Media Lab. According to a recent New York Times article, this web site “allows patients to report information about their health, then turns those reports into databases that can be mined for observations about the disease.”

As noted in the article, “online communities have the potential to transform medical research—especially into rare diseases [like Amy’s] that lack the number of patients needed for large-scale studies and rarely attract research financing from the drug industry.”

Her MIT collaborator, Frank Moss, seconds that sense by noting that “patients’ everyday experiences in living with an illness are an enormous source of untapped data. When aggregated, those data could generate new hypotheses and avenues for research. We’re really turning patients into scientists and changing the balance of power between clinicians and scientists and patients.”

I had not heard of this “crowdsourcing” or “open-source research” until reading this article. Of course wherever there’s a new technology, you’re sure to find a debate brewing, and this is no exception. While advocates like Amy and her colleagues believe that these new models have the potential to alter previously conceived notions of how to build bridges between researchers, patients and their doctors, others cite the risks of self-reported data (i.e. the “garbage in, garbage out” problem).

While those working on LAMsight believe that these methods are far cheaper and faster than traditional research, the detractors point out that patient privacy cannot be guaranteed, and that informed consent may be more problematic than ever given the complexities of such a high-stakes and experimental venture. The LTA/MIT team acknowledges the problems with this pioneering use of technology and plans only to use the data generated for exploratory analysis and hypothesis generation.

So what do you think of patient-driven research? How would you tackle the problems of privacy protections and consent? Extraordinary Amy Farber and her dedicated and determined scientific colleagues are working hard to do just that. Join me in wishing them luck, and in wishing Amy good luck and good health!

One thought on “Coping through action”