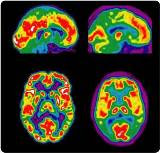 A July 17, 2010 New York Times article revealed that research at the Kreitchman PET Center at Columbia University has been suspended.

An Food and Drug Administration (FDA) investigation alleges that at least 10 batches of drugs, called radiotracers, violated protocol and were subsequently injected into human subjects. The Center also allegedly falsified documents in an attempt to hide their drug’s impurities, according to the FDA.

The Center, widely regarded as a premier research establishment based on its use of positron emission tomography (PET) for psychiatric research, is alleged to have repeatedly violated the FDA’s regulations for more than four years.

Radiotracers are meant to gather in the specific area that researchers are studying, which in the case of the Kreitchman Center, was the brain. These compounds are considered very safe, but have a short shelf life and degrade quickly. As such, centers like Kreitchman may create their own radiotracers under strict FDA guidelines.

The Center’s protocol violation also raises questions regarding informed consent and vulnerability, as the study participants were mentally ill, diagnosed with disorders like schizophrenia and depression.